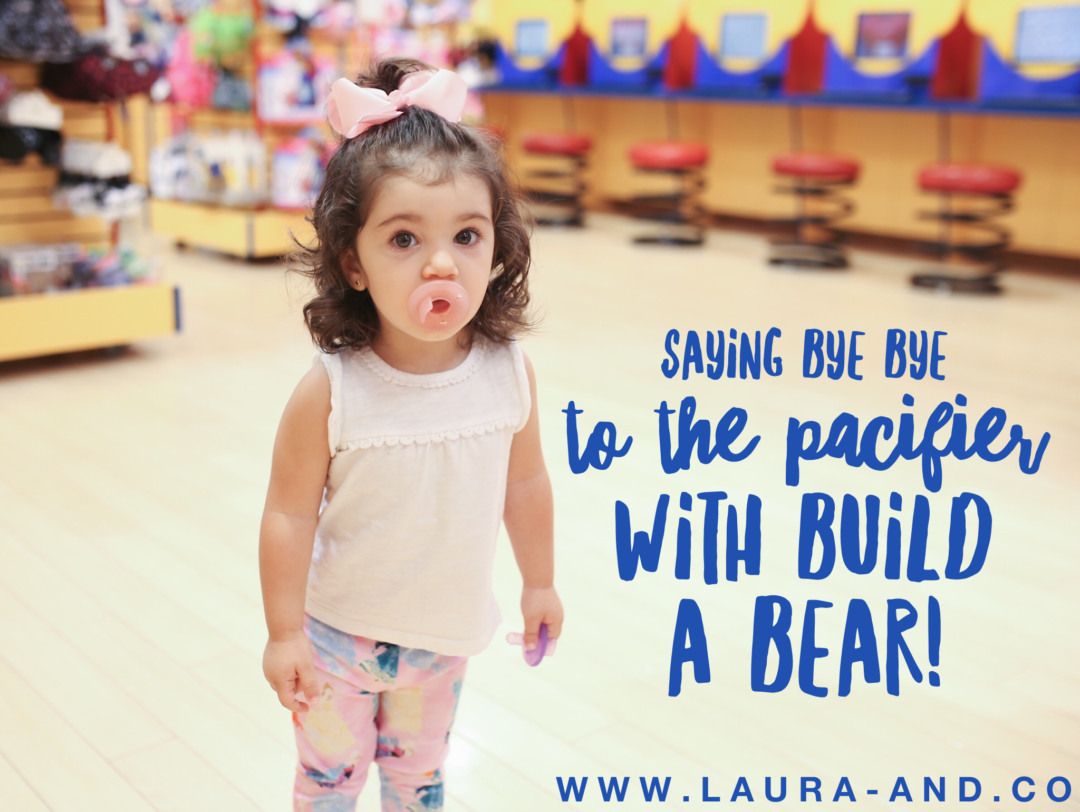 So this is such an old story, I wrote it on September 1st, which is over 2 months ago! But even though I’m “late” posting it, I wanted to share it in case anyone is looking for a cute and different idea when it comes to taking their kid’s pacifier away. 🙂

We took Emma’s pacifier away!

“Peta” – what she called pacifiers, it’s a short way to say “chupeta” which is the Portuguese word for pacifier. Remember I’m Brazilian haha?

Ok, now we got peta out of the way so I can use it throughout the post! 🙂

Emma will be TWO in just a few days!! What the heck right?!
If you’ve been following along since she was in my belly I’m sure you’ll agree with me that time just went by so fast!

Due to her upcoming second birthday I really wanted to take her pacifier away. My original plan was to try to take it away when she was one and a half, but because Owen was about to be born, I didn’t want her to go through that big change on top of all the changes that were coming along with her baby brother’s arrival.

I went to pick Emma up from my mom’s house after I got out of work and noticed that she had a little cut/bite mark or whatever it was on the upper lip, and my mom told me that she was sure it was the pacifier rubbing on it. So I thought about it and decided that this was it! She didn’t need a pacifier anymore! After all, she is about to be two and I just didn’t want her to have it anymore. How “mean” right?

I felt determined so I called my husband and told him what we were doing!

I’m sure you’ve heard of the Paci Fairy, or throwing the pacifier away, cutting the tip off, “mailing” it to other babies, but have you heard of the Build a Bear idea?

I took this idea from my friend Amber and I wanted to share it with you because I think it’s the cutest idea!

So to Build a Bear we would go! 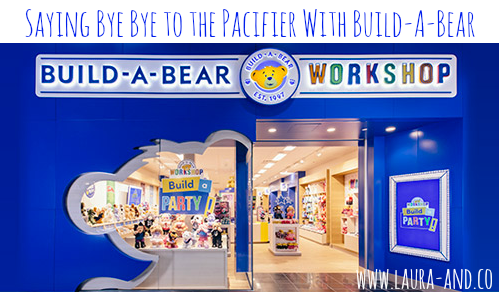 Emma took a little nap with her peta for the last time, and when she woke up (super grumpy might I add) I got her dressed, got a pink peta and a purple peta and off to Build a Bear we went!

We get to Build a Bear and she was super excited! She kept saying wow, and just looking at all the bears and clothes, and accessories, and pretties and oh my goodness! I was very overwhelmed, so I can’t even imagine how she was feeling!

Little Miss could not make her mind up! She liked an animal, then didn’t like them anymore – she just couldn’t decide!

After a while of going back and forth through each stuffed animal, Jaime and I decided to just narrow it down to the 3 that she seemed most excited about, and the 3 that he and I liked the most too of course! Haha.

The 3 choices were a Rainbow Bear, A Pink Purple Blue Kitty and a Pink Princess Bear.

Emma ended up picking the kitty! Which is even cuter in person!
(I’m not gonna lie, I hate stuffed animals.. They take so much space, but I kinda love that Princess Bear and I MIGHT go back and get it for her haha!)

So kitty cat is was!

Right away Emma was not interested in the whole stuffing process because as soon as the lady started up the stuffing machine it made a super loud noise and it freaked her out LOL!

She watched from kind of far away, with her pink pacifier in her mouth while I held her purple one as her new kitty cat was being stuffed.

Then, it was time to give her pacifiers away and put them in the kitty cat.

She refused to put her pink pacifier in the cat, so I put the purple one in and then she threw the pink one to the lady, lol! We kissed a little heart, which also went inside and the lady sewed the kitty cat up.

Just like that, pink peta and purple peta were gone.

After we went to the computer to make kitty’s certificate, we named her “Peta Cat” and took her home.

Emma got Chick-fil-A to celebrate and even got to ride on a carousel too! She was so excited to go on the horsies, and she really did like sitting on it and going up and down and round and round until we were on that carousel for so long that she started to whine and ask to come off haha. I whined too! It WAS such a long ride!

At bed time she cried. She asked for her peta and told me to open the kitty cat haha! I laughed inside because how stinkin’ cute is she?!

We gave her Peta Cat, told her that her peta was inside and for her to hug it tight and go night night.

We kissed her good night and closed the door behind us.

She cried some more, called for Mommy and Daddy then asked for milk. So I had Jaime make her a bottle of milk and I got her, and brought her to bed with me, gave her milk and just cuddled her! I held her and sang to her until we both fell asleep.

Jaime took her to her crib and she woke up crying a few times asking for her peta.

It took a few days for her to realize that there would be no more pacifier. She was even clever enough to ask for a GREEN PETA! Since only the pink and purple were in the cat, she knew there was a green one at my mom’s house so I made up a story about how her Vovó (my mom) had to give the Mama Duck her green pacifier so Mama Duck could give it to the baby ducks lol. There are always ducks in my mom’s neighborhood so that was the story I thought of in 1 minute as she cried asking for her peta.

Taking the pacifier away from Emma was sad! But definitely something that I needed to do. I’m so proud of her and of her self control. Can you believe that she never tries to take Owen’s pacifier? I love my girl!

Did you have to deal with taking your little one’s pacifier away?
Share your story with me below! 🙂