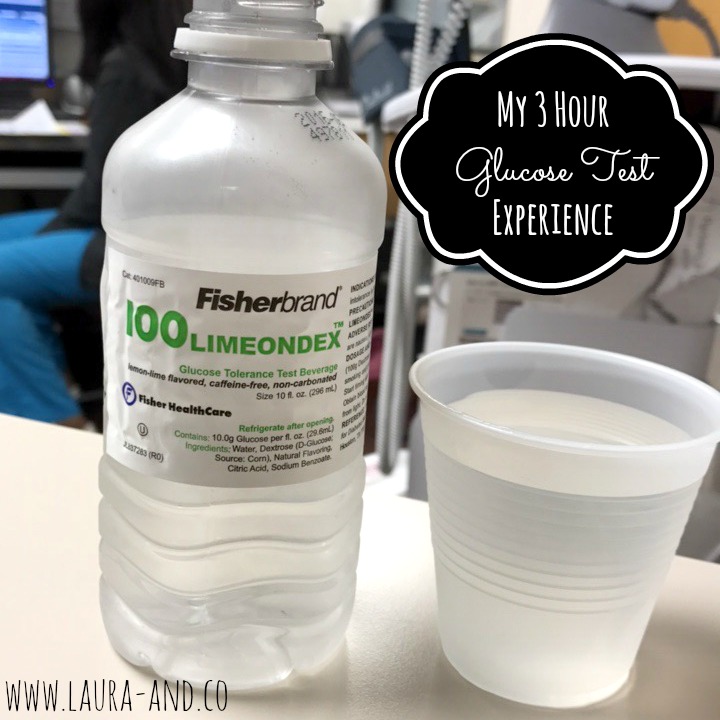 So I failed the Glucose Test by 1 point. Yup, you heard it right, ONE POINT!
Mind you, I took the test 2 days after Christmas, where I spent the holiday eating cookies, fruits and lots of carbs. I mean, it’s the holidays, everyone indulges, right?!

Anyway, I was very upset to hear that not only had I failed, I now would have to go through the dumb 3 hour test.

Oh, and lets add the fact that my blood work showed that I was anemic! So that meant that I would have to take iron supplements every single day until I gave birth. Hooray for pregnancy!

So to take the 3 hour glucose test, I was instructed to be on a 3 day diet, starting 3 days before the test, and I was also told to fast after 10:00PM the night before the test.

Dieting was not fun at all, but guess what.. Now I like cereal and milk haha!
I never ever had cereal and milk, because I always hated drinking milk, so I just ate dry cereal out of the bag (yup!) and if I ever had milk, it was chocolate milk! Lol, the things you start to like (or hate) while pregnant. It’s a real thing.

The night before the test I had dinner, then stopped eating before 10:00PM like I was told to do. I went to bed a little nervous, afraid that I was going to get sick during the test the next morning.

Day of, I went to the doctors with my mom, Jaime had to work, and Emma stayed with my dad. I got there a few minutes before my appointment and was called right away to the lab. I asked the nurse if I could just retake the 1 hour test since I only failed it by 1 point and she straight up told me no. I was annoyed, but I’m a nice person, and the nurse was cool so I was like whatever Laura, let’s do this.

At the lab they weighed me (138 lbs) and they took my blood, then they gave me a little cup full of the glucose drink. I quickly finished the cup and told the nurse that I was done, she looked at me and said that I had to drink the WHOLE BOTTLE THIS TIME! I thought oh my gosh, how am I going to do this? So I filled the cup, took a deep breath and started to take slow sips because I felt like I was going to gag. I’m not gonna lie, I struggled with that second cup. I tried to distract myself, I talked to the nurse, we were being silly, and laughing and next thing I know I was done with the second cup. To my dismay there was still “syrup” left in the bottle, so I filled my cup for the third time and took it like a champ. Done. I was told to go back to the waiting room and just walk to the lab every hour for the next 3 hours to get my blood taken. 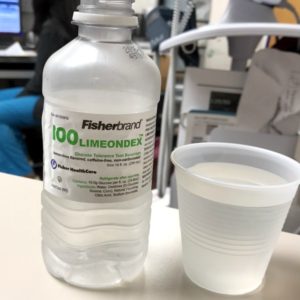 After the first hour, I had a bad headache. They took my blood, and they had to do it on my left arm, AKA the sucky vein arm, so it hurt a bit. Nurse took the blood, I sat there for a second, felt fine, so I went back to the waiting room.

Second hour, back to my right arm, she took my blood from a weird spot, so it hurt more than usual, blah. I felt alright. By this point I was STARVING! And I still had a headache. I was just annoyed. But I was so happy that I had survived 2 hours and only had 1 more blood draw to go. I was so bored, I browsed the internet on my phone, and just Snapchatted the whole thing lol.

Third hour, last blood test. New nurse, but she was nice like the first one. She told me I did great, and this was it! She took my blood, and then offered me some cookies and Goldfish, I passed on the cookies, because too much sugar from that glucose drink, but I took the Goldfish. She made me sit for a minute, then she let me go.

Finally! I was done! I told my mom I wanted some McDonalds and called it a day!
The 3 hours went by surprisingly faster than I thought. Yeah, it felt like a longggggg time, but I guess I had worked myself up so much, that in the end it wasn’t so bad. 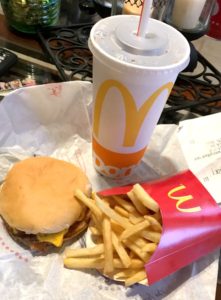 I felt ok for the rest of the day, and I am so thankful for that!
I really thought that I was going to feel so weak and pass out, not eating for 14 hours, having to drink the sugariest drink in the world, and getting blood taken out 4 times, sounds so scary huh?!

I’m glad my 3 Hour Glucose Test Experience wasn’t an awful one, and I hope that by sharing it, maybe it will help a pregnant mama feel better if she has to take it too! 🙂

My fingers and toes are crossed, hoping that I passed this test. I’ll be anxiously waiting for that phone call, hopefully I hear back tomorrow, and hopefully I hear great news. I’ll keep y’all updated! ♥ 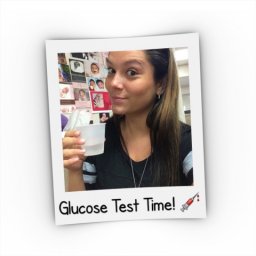 First of all I cannot believe I’m posting this horrible picture lol! But bear with me as this was super early in the morning and I didn’t feel too great! This post ended up being kinda long, so in order to not flood my main page, click “read more” below to read all about my…