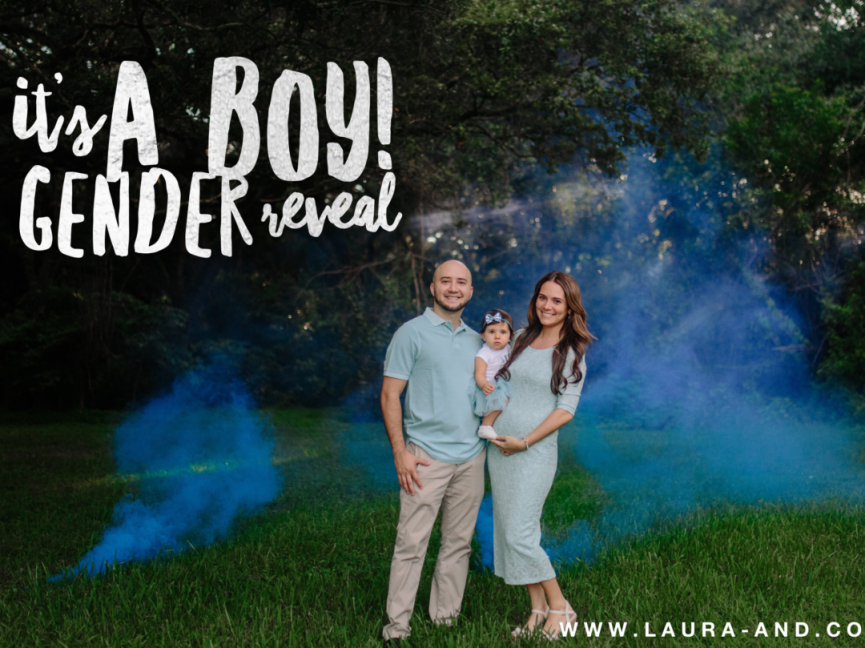 Owen is about to be 1 (where has the time gone?) and I realized that I never shared his Gender Reveal pictures!

We found out that Owen was a boy on our 12 week ultrasound check up! He was not shy and showed the tech, Jaime and I that he was a HE! Lol! He was rolling around with his legs wide open and there it was.. BOY!

So although Jaime and I knew that he was a boy right away, we kept it a secret and did our baby announcement photoshoot a little differently, we also made it a gender reveal shoot!

For our gender reveal we chose to do smoke bombs! We got the idea from our friend and photographer Amanda and loved it! I knew right away that that’s how I wanted to announce that I was having a baby boy!

Check out my favorite pictures from our photoshoot below. <3

We were so excited to be adding a little guy to the family!!! Our little party of 3 was becoming a party of 4 in the best way possible!

Big Sister looking less than thrilled, lol! I’m pretty sure she just didn’t care to smile at the camera, because at this point she had NO IDEA how much her life would be changing!

It’s so funny, looking back at these pictures because she still makes that same face and side eye when she does not want to deal with whatever is going on at the moment!

So in love with my little family! ♥ One of each!
A princess and now a prince!

Can you say cutest Big Sister EVER?! I miss her big blue eyes!
Still sad that they got darker!

Did you have a Gender Reveal Photoshoot? If not, would you?
I think they are a super cute way to not only announce your baby’s gender to the world, but also to have as a beautiful memory! IF we ever decide on a third baby I want to keep their gender a secret since I already have a girl and a boy. 🙂 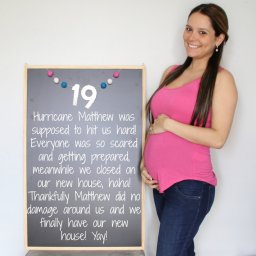 How Far Along: 19 Weeks Gender: Boy Weight Gain: Maternity Clothes: Yup! Sleep: Waking up a few times every night. Best Moment This Week: Finally closing on our new house! Worst Moment This Week: The closing wasn’t ideal. We closed on hurricane day! It was crazy. Mommy was having second thoughts about closing on that day, in case… 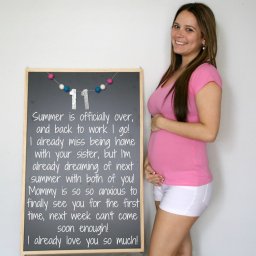 How Far Along: 11 Weeks Gender: We don’t know yet. Weight Gain: A couple of pounds. Maternity Clothes: Not yet! Sleep: Sleeping ok for now. Best Moment This Week: Getting to hear your little heartbeat! It made it so real! Not that you didn’t feel real yet, but it was just amazing to hear it. It always is. ♥… 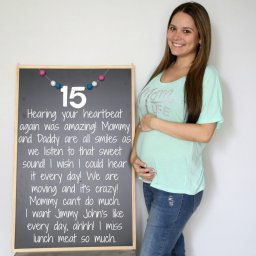 How Far Along: 15 Weeks Gender: BOY! Weight Gain: The scale at the doctors says I gained 10 pounds, but when I weigh myself at home it’s more like 5 lol! Maternity Clothes: YUP! Full time maternity pants FTW! Sleep: Well, right now I’m at Vovó and Vovô’s house, sleeping in a tiny bed, so it hasn’t been… 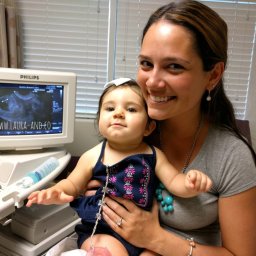 I’m pregnant again. I’m pregnant AGAIN. Wow.  It’s weird and funny how a body just knows, because I KNEW! And this time I found out super early, because I KNEW! It was funny telling my husband because he did not believe me at all at first, he thought I was messing with him. The second… 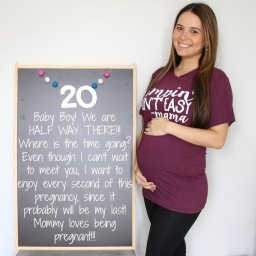 How Far Along: 20 Weeks Gender: Boy Weight Gain: Maternity Clothes: Yup! Sleep: It’s weird being in the new house now, so I wake up multiple times a day! Best Moment This Week: Getting to see you at Mommy’s 20 week check up. I am obsessed with your little nose, you are seriously so cute! I can’t… 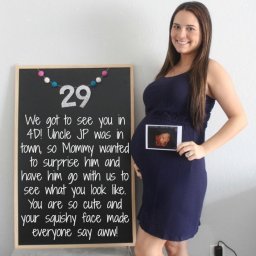 How Far Along: 29 Weeks Gender: Boy Weight Gain: Almost 30 pounds. Maternity Clothes: Yup! Sleep: Waking up a lot during the night. Best Moment This Week: Getting to see you in 4D!!! Worst Moment This Week: Waking up super hot! That stinks!!! 🙁 Miss Anything: Eating lunchmeat, and being tan! It’s hard because our pool water is so… 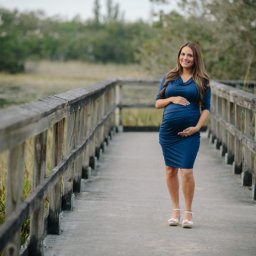 I want to say that this is probably my favorite maternity look, even though my belly looks smaller than it was haha! I got my dress for super cheap on amazon, it’s this one here in navy, size small. Emma’s dress was a gift from my grandma from Brazil. I hope you love these pictures…

How Far Along: 10 Weeks Gender: I don’t knowwwwww! Weight Gain: Maybe 3 pounds? I don’t really know, it keeps changing. Maternity Clothes: Not yet, but jeans hurt now! The button digs into Mommy’s belly. Sleep: Not good! I keep waking up in the middle of the night, then can’t go back to sleep. Best Moment This… 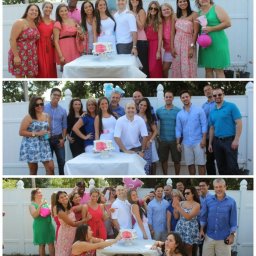 So here’s my Gender Reveal Party Post woo hoo! Our theme was Little Man or Little Miss? The colors were bright/hot pink and turquoise-isn/bright blue, which I loved, since it was a nice change from the usual super light pink and blue baby colors. I had a blast putting everything together, enjoy! Outside little bar… 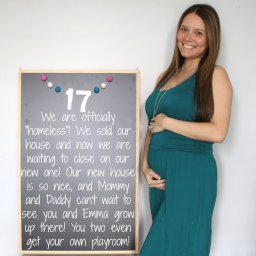 How Far Along: 17 Weeks Gender: Boy Weight Gain: Maybe like 4 pounds? I’m not sure, it’s always up and down and different. Maternity Clothes: Yes! And they fit soooo weird, I feel like I’m wearing a body suit since I have to pull my pants up so high! Sleep: We are STILL at Vovó and Vovô’s house! So…

Did you read Emma’s shirt?! It’s true! Baby #2 is on the way! Emma is going to be a Big Sister! We are so excited to announce that our family is growing! I always knew I wanted my kids close in age, and close in age they will be! We can’t wait to meet you…

How Far Along: 31 Weeks Gender: Boy Weight Gain: 30 lbs Maternity Clothes: Yup! Sleep: Waking up multiple times in the middle of the night. Best Moment This Week: Rininging in the New Year, knowing that this is YOUR year! Worst Moment This Week: Getting a cold! Mommy was sick and it was so annoying! 🙁 Also taking the… 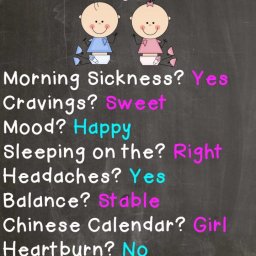 So I’m getting ready for my Gender Reveal Party on April 18th and I can’t wait to share pictures with all of you, especially share baby’s gender! Hubby and I are not finding out prior to the party so the 18th cannot come sooner! I’ve decided to do the cake reveal, where I’ll give the… 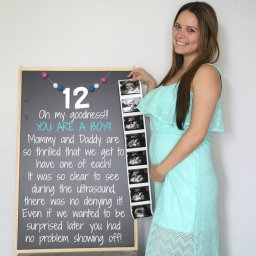 How Far Along: 12 Weeks Gender: BOY!!!!!! Weight Gain: Maybe like 3 lbs! Maternity Clothes: Pushing it.. Sleep: Waking up at least once every night. Best Moment This Week: Getting to see you and finding out what you were! It was so cool because Mommy went to the specialist, and their ultrasound machine is super awesome, and you…