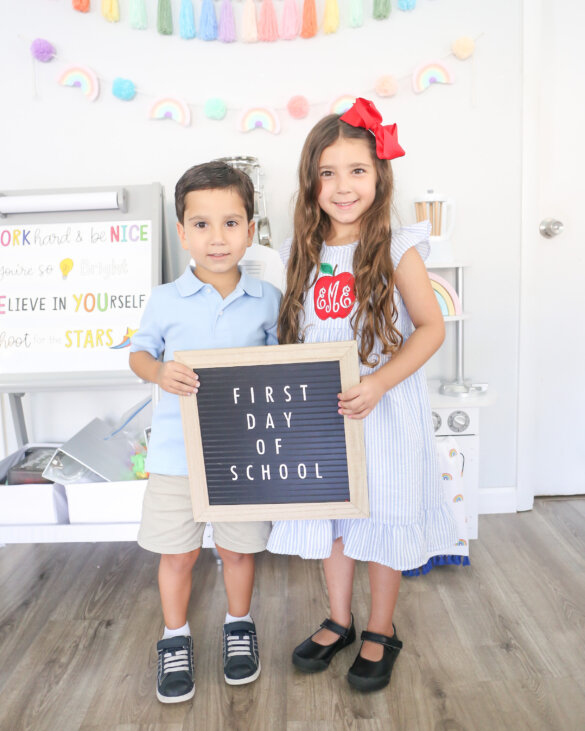 I cannot believe that BOTH of my babies are going to school this year!
Even though Owen will only be going for 3 hours a day – STILL!
My babies are so big!!!

Emma will be going to Elementary School, which is nuts!
She is going to be in a big school with kids from multiple grades, and have a larger class size.
She is so super excited though, and she had the best time checking out her classroom and meeting her teacher.

Emma loved her first day of school! She made a new friend named Harper, and she loves her classroom theme – zoo crew!
She loves her behavior chart, which is determined by banana colors.
Everyone starts on green, and they can move up to yellow which is the best, or down to brown with black being the worst – rotten banana!

She loves buying school lunch and says she eats it all! 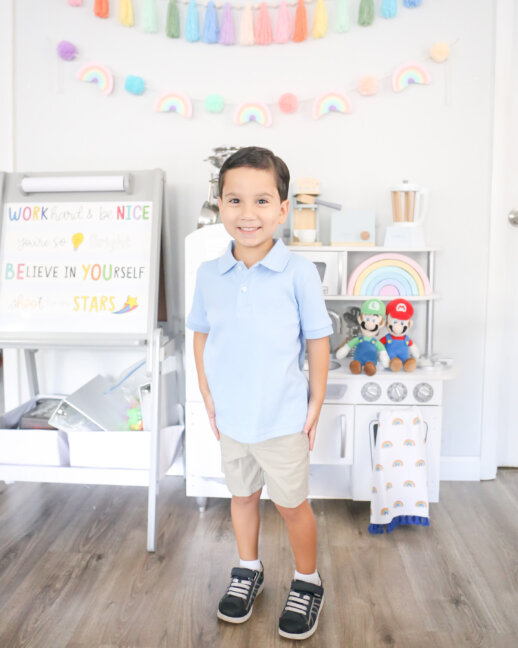 Owen knew his teacher from the summer and he couldn’t wait to start in her class!
His friend Avery is in his class, and he says that she’s her best friend in school.
He also made a new friend named Donni.

He is very excited to learn about The Letter People!
He made the cutest little hand craft with a 1st day of school poem.

He said he had a GREAT first day!
I asked if he wants to go back tomorrow and he said “yes, of course”!

P.S.- Notice the Luigi & Mario he placed on the play kitchen so they could be in his photo!

As far as me, I’ll admit that I was watching the clock waiting until it was time to pick them up because I couldn’t wait to hear all about their first day of school!

But for real, both Emma & Owen love their teachers and their schools, and it makes me so so happy!

Glad to say that the first day of school went well for EVERYONE!

I can’t believe that I have some alone time during the day! It’s so quiet in the house which is weird – but I know that I’ll get used to it!

Here’s to an amazing school year! 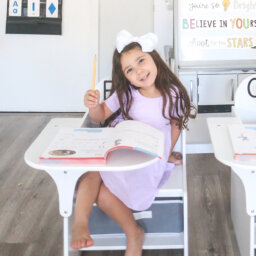 Hello NOT First Day of VPK

My Sweet Girl! Today you were supposed to start your first year of school. Although it was “only” VPK, I know how long you’ve been waiting for today, and it breaks my heart that you don’t get to experience it. Every couple of days you’d say “I hope Coronavirus goes away soon so I can go… 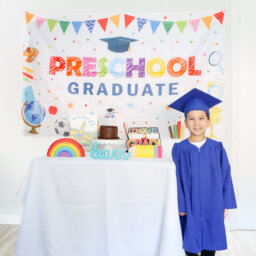 My Sweet Boy! You graduated VPK Today!!!! I cannot believe that in just a couple of months you will be heading to Kindergarten! Where has the time gone?! I’m happy I’m having another baby because I cannot handle the fact that you – my baby for so long – are so grown! You were so…

And so, her Preschool Journey comes to an end. But her learning continues on… ✏️📓 Emma, grab ahold of your dreams and make them come true, for you are the key to unlocking your own magic. 🗝✨ Now go, let your dreams guide you. 💫 Reach out and find your Happily Ever After! 🎓💕 Due…

Oh my gosh! I cannot believe that my sweet girl is going to school! She has always been home with me or with my mom when I taught full time, but now she’s out there in the world and LOVING IT! She had the best day, made so many new friends and the first thing…